#UKRGTate – From the Outside, Looking In – Working with Registrars

This post is a round up of the recent brilliantly attended #UKRGTate event, for Power Point presentations from this event check out our resources section on the UKRG website.

Ann Dumas, Curator, Royal Academy – The Registrar in the exhibition process
Ann provided an illuminating talk on the registrars role from the curators perspective, highlighting the creative possibilities brought about by this working relationship which balance practicalities such as lender and display requirements with curatorial vision.  Ann’s talk was structured around a number of RA exhibitions, many of which she worked with the UKRG chair Jane on.  One of these exhibitions was the RA’s 2010 Van Gogh letters exhibition. The letters, little loaned before are highly light sensitive and comprise of writing as well as verbal illustrations.  Ann went on to describe the challenges from the outset of organising this exhibition and secure the loan of the letters, through which the RA Exhibition Manager played a key role and was involved in decisions on the design and display as well as the transport and installation planning.  The initial securing of the letters for loan included the RA Exhibition Manager and Conservator visiting the lender and viewing the letters to come up with suitable display proposals.   The outcome included letters displayed on screens, in order to accommodate the volume of visitors as well as letters being displayed in upright cases under the required lighting conditions. 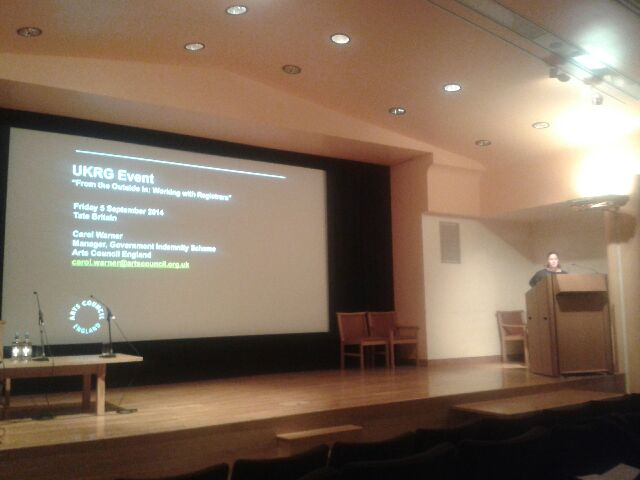 Carol also ran through who works in the indemnity team who form part of the Acquisitions, Exports, Loans and Collections Unit which comprises of Carol who responsible reporting GIS figures and forecasts to Parliament as well as dealing initially with claims, Olivia Basterfield who deals with applications from non nationals while Anatasia Tennet oversees the team and authourises indemnity applications with a value of over £1 million.

We were also reminded on the background of British Government indemnity, which formed part of the 1980 Heritage Act, provids an alternative to commercial insurance, providing nail to nail cover, it can be used for short and longer term cover of up to a 3 year period of cover,  it may on a case by case basis be used for research purposes, however, as with all applications, the public benefit must be clear.

Carol provided some reminders on common mistakes in indemnity applications, asking attendees responsible for applications to: make sure your totals add up,stop quoting the MLA on your applications and make sure the due diligence checks are undertaken by an authourised person.

Carol rounded off her talk with a reminder of the forthcoming indeminity report deadlines for Nationals to DCMS, stating Natioanls should expect an email from GIS team on 19th September with the deadline for responses on 10th October.  Carol also noted a few key GIS updates as follows :

Michel Letendrie, Crown – The Registrar and The Shipping Agent 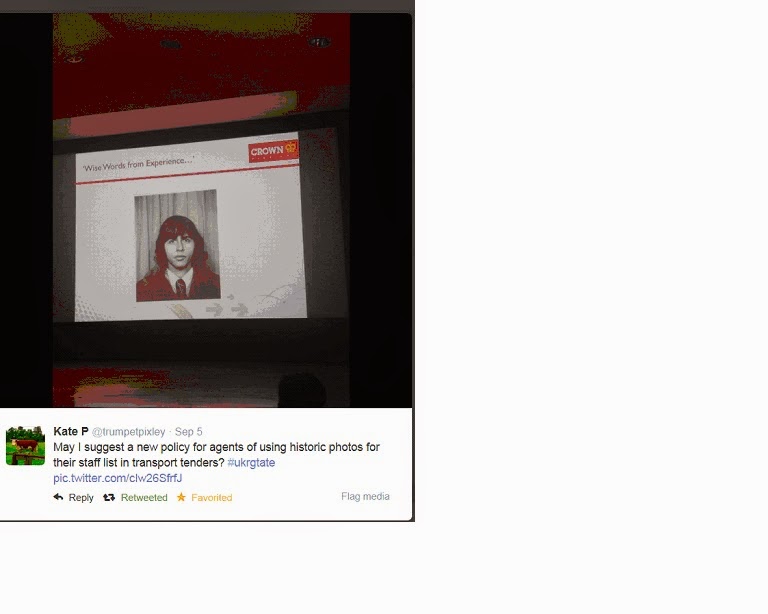 The final presentation of the day came from Michel at Crown and provided a chuckles through PowerPoint pictures used to illustrate Michel’s  thorough step by step guide of the art shipping process and the role of the registrar from the agent’s perspective.  The first of which revealed a picture of Michel at the start of his shipping career, followed by Kermit the frog and a David Beckham look a like.
Michel’s also provided detail on how exhibitions and individual shipments are allocated and managed at Crown, from the appointment of the estimate provider through to the project review, client feed back and invoicing.
The information required by the agent, and liaison with the registrar was also highlighted.   In doing so Michel ran through some obvious and not so obvious information required by the shipping agent, with the not so obvious included detail like whether part load is acceptable or with packing whether reduced museum standard packing with be permittable for lender, borrower and the requirements of the work, is there an overnight stop where is it, are there any access issues at any point the agent needs to be made aware of.  We were also reminded of a few tips some of which are below:

Please note, we also had a useful CEN update from Jen Kaines, this will be reported in separate post.

***************
The event also enjoyed some lively twitter action if not you’re already following the UKRG on Twitter please do! 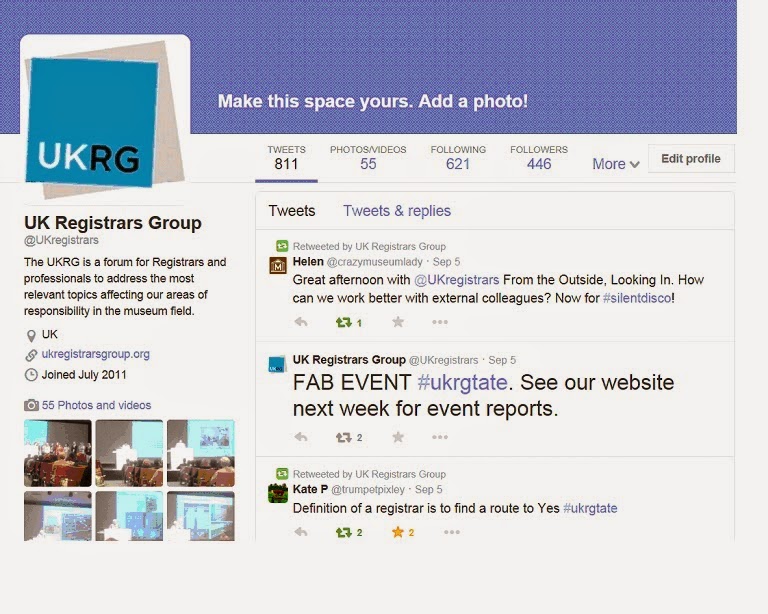