I May be Some Time: Caring for our Heritage in Antarctica

Camilla Nichol
Chief Executive
UK Antarctic Heritage Trust
It is almost 250 years since Captain James Cook set out from Whitby in search of the southern continent. Since then and even before, man has had a fascination with the great white continent – it has presented the greatest challenges of endurance, survival, science and exploration. 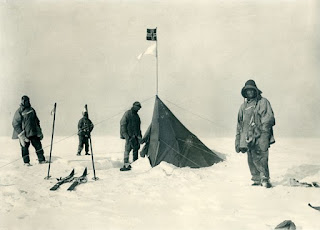 [Fig 1. Captain Scott at the South Pole]
The UK Antarctic Heritage Trust was established in 1993 with ambitions to ensure the legacy of past human endeavour in Antarctica was secured for future generations. This work continues today through the management of six historic sites on the Antarctic Peninsula and through our support of others Polar heritage organisations across the world.
The six sites we care for represent different periods in British Antarctic involvement and science on the Antarctic Peninsula since 1944. They are designated under the Antarctic Treaty and we are obligated to protect them from damage, removal or destruction. 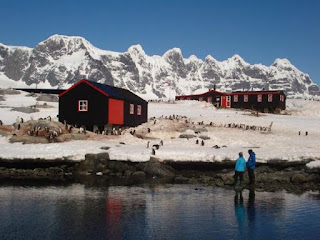 [Fig 2 Base A, Port Lockroy, Goudier Island, Antarctica 1944-62]
Conserving Antarctic Huts
Managing historic sites in general is complicated, time consuming, resource intensive and requires expertise, judgement and compromise. Managing heritage in Antarctica is all of those things tenfold!  These wooden huts are placed 9,000 miles away from the UK in the middle of a frozen wasteland on harshest continent on earth. You can only access them via ship, and getting to them can be difficult and at times impossible.
Port Lockroy is the most visited site in Antarctica. As well as the museum, Port Lockroy also has a functioning Post Office and gift shop. The museum and its artefacts tell the story of those who lived and worked in this isolated wilderness. 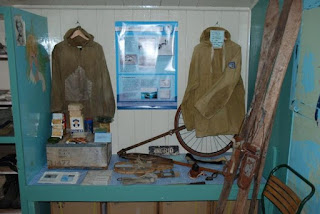 [Fig 3 museum display at Port Lockroy]
The other sites are significantly harder to get to and are unsupervised. This means that conserving them can be much more problematic. We do what we can to stabilise the structures and make sure that they are weatherproof as possible to prevent them from deteriorating and to help protect the artefacts within. We want to keep them standing so that they can be around for future generations because all of these sites are irreplaceable and once lost will be gone forever.
The Challenges
There are a number of challenges we need to overcome to get this work done each season. Working in such cold conditions means that work is inevitably slower, fatigue can set in more quickly, fingers become clumsier and solvents will cure glacially slowly. So progress is never achieved at speed and a season’s work can sometimes seem paltry. 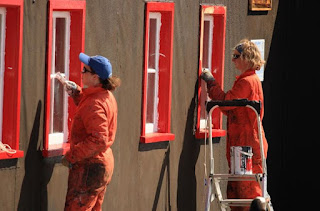 [Fig 4 Annual maintenance of the windows at Port Lockroy]
Despite the Antarctic’s incredibly low rainfall, damp is a significant problem and mould in the more northerly sites can be a problem. Similarly, achieving good ventilation to dry out timbers comes at the expense of weathertightness, as any gap will be severely exploited by wind driven snow and ice particles during the winter resulting in build-up of ice inside the buildings. 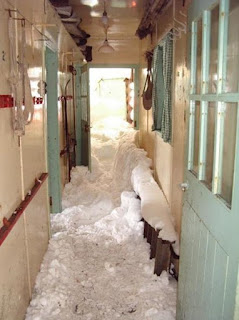 [Fig 5 Build-up of windblown snow in Base W, Detaille Island]
The long daylight hours and the strong UV levels in Antarctica also are a severe problem for many artefacts and the damaging effects of UV are soon apparent.
Normal museum pests are, mercifully, not such a problem, but other wildlife can prove destructive – gentoo penguins nest very close to, on and under buildings and are not shy about where they leave their waste. Fur seals can be both dangerous and clumsy, are curious, and often force their way inside structures. 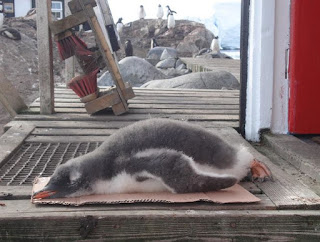 [Fig 6 a common museum pest in Antarctica]
Who is it for?
The primary audience for our heritage sites are the tourists who visit, however we champion Antarctic heritage through many other forums so that it can inspire people all over the world with the stories of exploration and heroism that have come from Antarctica.
Port Lockroy gets around 18,000 visitors a year. The other sites, due to their precarious locations are visited by many fewer people. 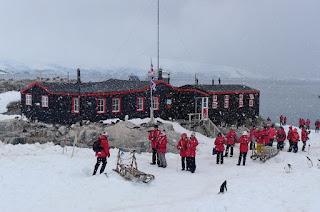 [Fig 7 Visitors at Port Lockroy]
Most people will never visit our museums, however, the stories they carry can resonate with people all over the world. Through our grants programme we support polar exhibitions and galleries across the world and engage with people online through a plethora of digital media. We share stories of the buildings, the animals, and the people who lived there.
So, Antarctic conservation is certainly fraught with difficulties, but needs to be conducted with the same rigour, thoughtfulness and insight as any conservation project in more temperate climes.
Find out more about us, our work and our grants programme at www.ukaht.org.