My name is Sivan Amar and I am the Registrar & Production Manager at Tate Liverpool.  I was very fortunate enough to have been awarded the bursary in order to attend this fantastic UKRG event, “Let’s Put on a Show!” held in gorgeous Bristol at the M-Shed museum on 12 May. 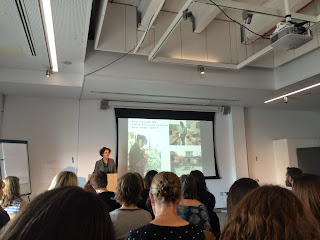 I’ve been asked to write a post in response to Kate Newnham’s, Curator of Eastern Art and Culture at Bristol’s Museums, Galleries and Archives, presentation entitled “Porcelain coffee cups and glass angel wings – Shipping ‘Ahead of the Curve: New china from China’”.  The talk was aimed at presenting the numerous logistical challenges of planning an international exhibition of this scope.  The exhibition began as a 4 – 5 year project to be toured to four venues, three in the UK and one in China (Bristol Museum & Art Gallery, The Potteries Museum & Art Gallery at Stoke-on-Trent, The Wilson at Cheltenham Art Gallery & Museum, and Two Cities Gallery in Shaghai).  Ms. Newnham focused on topics: developing funding bids, customs and transport logistics, working from different cultures, and a set of top tips.
It seemed that the funding bid took the longest time to develop from 2011 – February 2013.  Once the partnership was finally awarded almost £108,000 in grants from the Art Fund and British Council, the partners had a mere 6 months to proceed with all the other logistics of planning a worldwide exhibition.  Quite a daunting task for newcomers to the field of logistics planning!  (Surprisingly the exhibition was coordinated without a Registrar!) 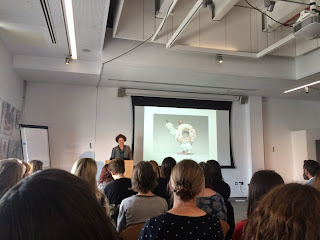 The team found out things in a sort of “chicken vs. egg” progression, not exactly knowing where to start nor what should come first.  Several challenges cropped up in this preliminary logistics stage, all of which are familiar to well-seasoned Registrars:  the checklist took a long time to confirm as there were quite a few living Chinese artists who kept changing their minds or lost the promised artwork, or even gave the work away as a gift; the language barrier didn’t help anyone; difficulties of working in with the Chinese government; and internal challenges such as restructuring of all three UK galleries due to government funding cuts, a co-curator having gone freelance, and of course, personal events such as marriages, babies, holidays (it’s always that last category that we all never tend to factor in!) 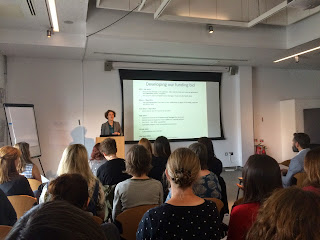 All things considered, I would have thought that the most frustrating challenge would have been with the Chinese government.  I could imagine that a country of so many types of restrictions would not prove helpful when coming to exporting goods overseas.  Crown Fine Art Shippers advised that they would need to apply for ATA carnet licenses for temporary export of the porcelains, enabling export for up to 12 months with return to China within that time.  Unfortunately, a requirement of this license is to pay a deposit of 1/3 of the value of the goods to Chinese customs prior to export…in cash!  The team obviously had to scramble to get this cash (as anyone would!), but were very fortunate in that the Bristol local authority lent the cash to see the exports through. 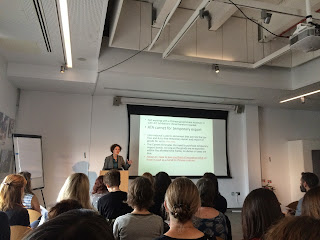 The team’s next hurdle was deciding on UKGI or commercial insurance.  Though Ms. Newnham stated that the Arts Council team is helpful, like most government bodies, they require time and plenty of information to process a non-national institution’s application for coverage.  Additionally, the National Security Advisor had suggested that a courier accompany the shipping from China in order to ensure safe transport.  This was something the partners could not afford as they had chosen to ship via seafreight.  Therefore, the partners opted for maritime insurance with an efficient and tight timetable from the Chinese shippers Yang Ming.  The sea route aboard the ship Ubiquity travelled from Shanghai -> Sri Lanka -> Somalia (no pirates!) -> Mediterranean -> Felix Stowe, UK -> road transfer to Oxfordshire to Crown UK depot. 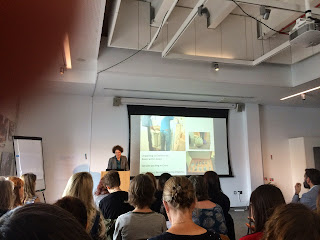 Though condition reporting done in China was not to UK standards, there was sufficient photographic evidence for the team and conservators to monitor artwork safety upon unpacking in Cheltenham…with some loo paper thrown in the mix!  However, some of the crates came packed with beautiful silk lining (sorry Ms. Newnham, I don’t think this is something everyone can afford to do all the time!)
The exhibition was a success in Cheltanham and Bristol and continues to impress at each successive venue.
The next challenge will be importing to China, with another lengthy sea freight trip back home.  Additionally, Ms. Newnham mentioned that Bristol would like to acquire several of the pieces to add to their renowned glass and pottery collection.  The question for the Registrars in attendance was how Bristol can acquire the works without having to forfeit the ATA carnet deposit to the Chinese government.  Can they keep the works in the UK under their NIRU?  Can they avoid paying import tax? 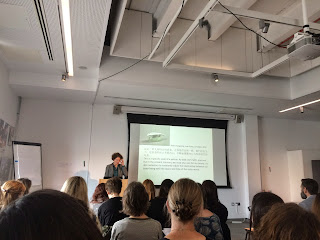 I myself very recently (and painfully) came across this issue and was able to resolve quite easily with the advise of my shippers.  Because Bristol is a non-profit institution, they are eligible to have VAT waived on expenses.  Therefore, Bristol will have to pay the VAT import tax upfront, however once that invoice is issued the shipper will also automatically issue at C-79 certificate which can be submitted to HMRC to reclaim VAT on this import.  The shippers, Bristol financial department, and/or HMRC can certainly advise further on this point.  If those pieces Bristol want to acquire are returning to China for the rest of the tour, they will close out the existing NIRU and receive the full deposit back from Chinese customs, but they’ll have to ship the works again.  Either way, they are going to have additional costs.  Perhaps these can be covered by the acquisition funding? 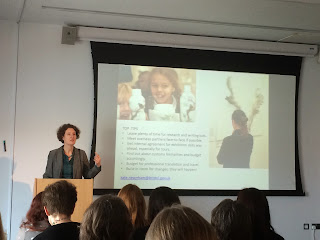 As I had mentioned earlier, I was very surprised and a bit upset that a Registrar did not oversee a project of this scope.  I spoke with Ms. Newnham after her presentation, who stated that the Bristol Museum & Art Gallery does have a Registrar but due to her workload she was unable to work on this exhibition.  What upset me about this was that the job of a Registrar was in this case delegated to a curator.  Though the team successfully handled the project, it might have gone smoother had an expert been appointed to deal with the issues they came across.  When Ms. Newnham talked about the funding bid and finalizing budgets for the project, I wonder if a freelance Registrar could have been factored in?  This might have been thought of at the time but then had to be budgeted out, however I cannot stress the importance of a Registrar as expert in shipping, logistics, contractual, insurance, and art handling matters.  With the task of return shipping back to China, I would recommend a Registrar be employed for the job to ensure all documents, etc are in order (I absolutely fell in love with Bristol, so I’m happy to sign up for the job!).