What do you mean the artwork is no longer approved for exhibition?! 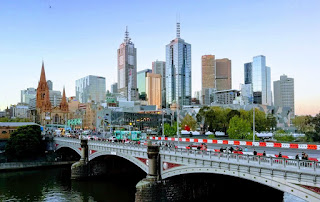 Even though it was a gloriously sunny day, probably better suited to sitting by the river than in a darkened lecture theatre, I was excited to return to Melbourne Museum for day two of Duration and Dimension, the Australasian Registrars Committee’s two-day conference looking at all things digital and time-based. The speakers on day one had been engaging, funny, and generously shared their experiences (both good and bad) of working with time-based media, and day two promised more of the same.

While day one had been full of practical advice on how to manage time-based media, many of the presentations of day two focused on case studies. As a time-based media newbie, this really helped to cement what I’d learned the previous day and demonstrate how these things could be put into practice.

A selection of the case studies will be added to the UKRG website as a separate post, but one of the ones I found most interesting came from Alexandra Nichols at the Met in New York. In 2012, the Met had acquired You the Better by artist Erica Beckman, a single channel video artwork made in 1983. In 2017, the Met contacted the artist, who said the work that had been acquired was out of date and was not approved for exhibition. A registrarial nightmare (and one I’m pretty sure will now feature on the list of things which make me wake up in a cold sweat in the middle of the night). Further discussion with the artist revealed that there were now three versions of the work that were approved for exhibition: a theatre-based presentation (which was how the work was originally presented), a digital projection with strict guidance on how the room should be laid out, and an installation-based presentation. The version the Met had purchased was no longer approved for exhibition as the film had since been remastered. Fortunately, the artist provided the remastered version, but this presents its own challenges, for example, what date should be given on the label text when the work is displayed?

Day two again emphasised the importance of collaboration. As well as registrars and conservators, we heard from an AV manager, a solicitor, and a university lecturer who is also an established artist working with video and installation. The other big takeaway from across both days was don’t be afraid to try. As registrars, we often feel pressure to instantly know all the answers, but the conference emphasised that it is ok to say ‘I don’t know’, to seek advice from others (both internally and externally), and to try different approaches, as long as these are done in collaboration with the artists (or preserving the artist’s intent), and with colleagues, and meticulously documented (obviously!)

The conference closed in the best way – with a presentation of a selection of recently digitised and wonderfully dated adverts from the 70s, 80s, and 90s, thanks to Sarah Davy at Ngā Taonga Sound and Vision.

Overall, the conference was fantastic experience, and one that has left me buzzing with new ideas. I’m hugely grateful to UKRG, and Blackwall Green, for making it possible for me to attend, and would be happy to chat with anyone wanting to hear about anything from the conference in more detail – just drop me an email at ffyles@museumoflondon.org.uk.

Written by Flora Flyes, Assistant Registrar Museum of London, who attended the arcs conference in 2018, Melbourne 3-6th October 2018 after receiving an international bursary from UKRG